On the way up again: ABC

The probably final ascent is started. Some new pictured have been sent by satellite connection from the ABC. 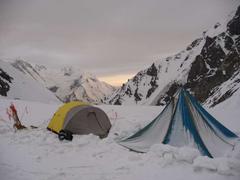 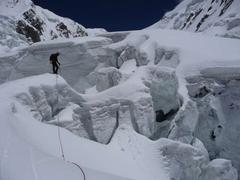 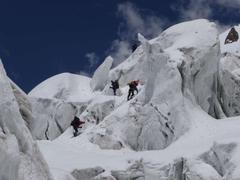 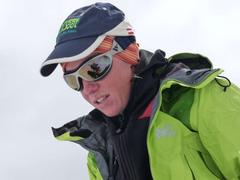 After some nice time in the BC with a party (DAV Summit Club and Amical are going to leave after successful climbs), the probably final ascent is started. The climbers are back in ABC already. Computer and satellite phone connection are working again, so some new pictures have been sent.

The glacier has changed a lot compared to the first ascent. The tents at 5.100 m have been found on 1 m snow columns, clearly indicating that about this amount of snow and ice has disappeared from the glacier surface, but not at the area shaded from the tents.